Overview: A perfect summer destination. The Mount Baldy Wilderness lies between Pinetop-Lakeside and Greer in eastern Arizona. Hike along the Little Colorado River and get wide open views of meadows, pine trees and mountains. Oh, and there’s also the wreckage of an old WWII era plane. The rewards don’t come easy: there’s plenty of high-altitude switchbacks to test your stamina.

Due to some car trouble, our group ended up hitting the trail around 6:30 p.m. in early July. It ended up being the perfect time for departure. As the sun started setting over meadows lined with tall pines we had front row seats to see herds of grazing elk. One of us even spotted a black bear darting into the woods as we made our way down the trail.

About four miles in, after we left the Baldy crossover trail and jumped on West Baldy, we found a beautiful and well-used campsite along the Little Colorado. It was dark by the time we set up camp, and despite forecasts for heavy thunderstorms, the sky was clear and packed with stars for much of the evening, although some pretty heavy rain moved in toward the early morning hours.

A Long Slog On the Baldy Loop 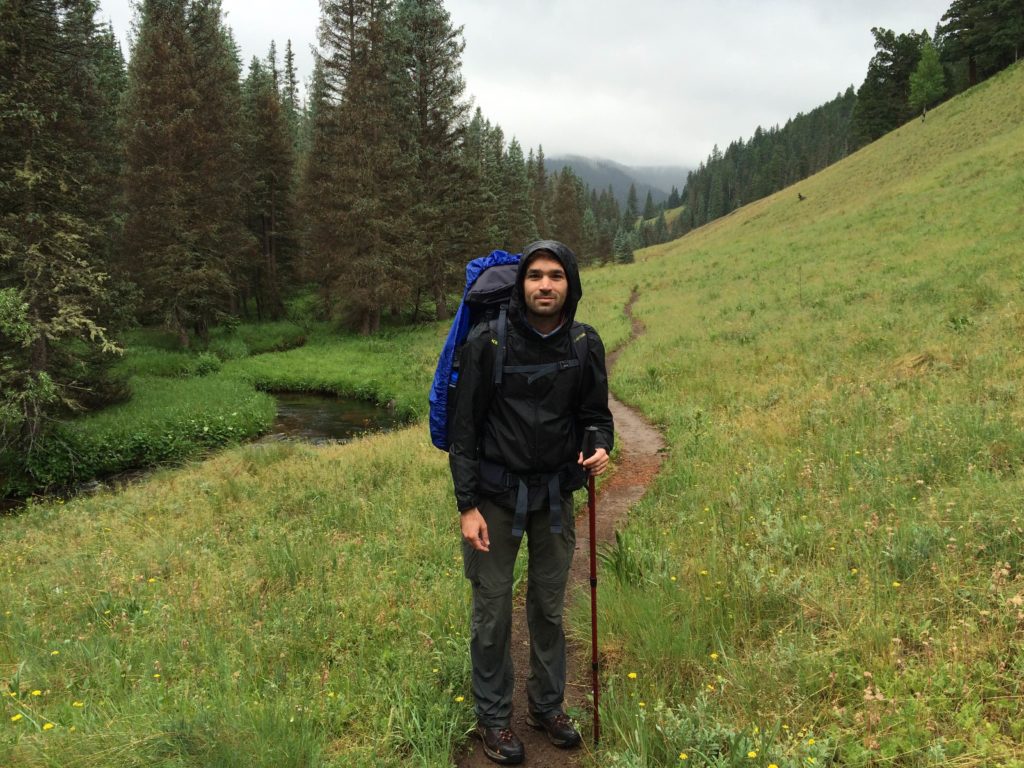 Day two started with some heavy rain, which made the meadows feel like Middle Earth. Totally rad.

We knew thunderstorms were in the forecast for day two, which meant no setting up our next camp too high on the mountain. We’d be doing most of the loop in one day to ensure we had some good, lower elevation ground to sleep on.

As we headed out after breakfast, the rain fell steadily and heavily for the first couple hours. Working our way across the meadows was my favorite part of the second day. It rained steadily and the clouds hung low over Baldy and the surrounding peaks.

Eventually, we were out of the meadows and into the forest, just as the sun started coming out. we ascended a number of switchbacks and across the dead zone, a valley of tall dead pines that create an eerie whistle as the wind passes through.

Once through the dead zone, it was more switchbacks until we hit the trail junction for East Baldy. This is also where another trail leads to the Baldy summit, which is off limits to non-members of the Apache Tribe, unless you have special permission.

We jumped on the East Baldy Trail for the remaining six or so miles. East Baldy descends slowly and has some notable stopping points along the way.

There’s the wreckage of an old WWII era plane. Later on, you’ll see some really great rock formations and some killer overlooks. We eventually worked our way back to a meadow, where we set up camp for a second night. 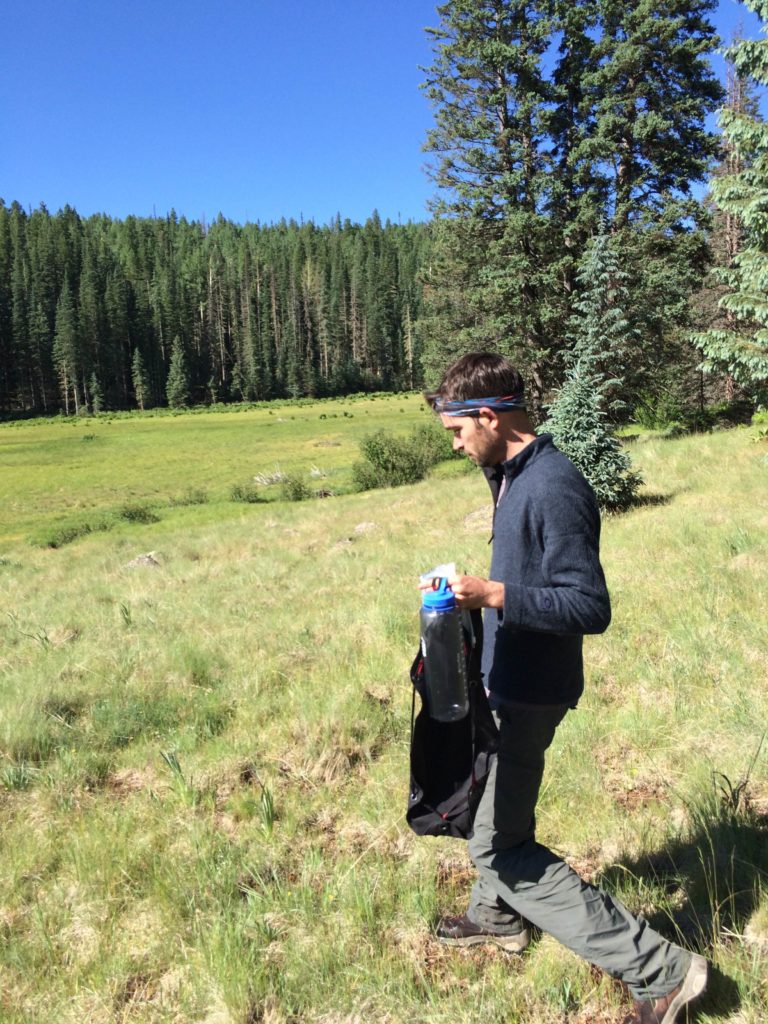 Heading out to a stream in the meadow to pump some water for breakfast and the hike out.

There was plenty of room in this well-used area and some great views of the meadow. There is also a little stream that flows through the meadow, so there’s water close by.

In the morning, we had an easy two mile hike back out to the Phelps Trailhead.

From Show Low, drive south and east on AZ-260 for 40 minutes, past Hon Dah and McNary. Turn right on 273 as if you are going to the Sunrise Ski Resort. Drive on 273 for about 8 miles, past the entrance for Sunrise. The trailhead will be on your right.

There are two trailheads, both off AZ 273. The main trailhead is on the north side of the East Fork of the Little Colorado. This used to be the Phelps Trailhead. A secondary trailhead is located at Gabaldon Campground. The trails merge within a quarter of a mile of their respective starting points.